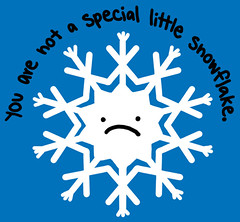 One of the things I tend to see quite often from people who “already know how to shoot” is a poor grip.  Whether that grip was “learned” from movies, TV, a family member, “this really good shooter I know” or whatever I have no idea, but often it is simply a bad grip.

Having a good grip is very important in terms of shooting well.  Sure, it is possible to be both accurate and fast with a poor grip.  However, it is highly UNLIKELY, and chances are you simply can’t do it.  And more importantly, you won’t be accurate when it is incredibly important such as when you are using a firearm to save your life.

The problem is, it seems so simple that many people don’t think about it–which means they simply do it wrong.  Now, there are a number of versions of a “correct grip,” and while in my video I suggest a specific one, I do talk about how there are several variations on it. As I say, the correct grip for you depends on your hand size, grip strength, firearm choice, and grip dimensions and shape.  The grip I suggest in the video can be easily modified based on those variables.  (And if you can’t make it work—probably that gun simply isn’t for you.  There are physical limits, and if the grip needed to be fast and accurate exceeds them, it simply isn’t going to work out.)

Outside of those variations, there are unfortunately a number of other grip types that are simply very WRONG–so if you are using a teacup grip, a wrist support grip, a grip (on a semi-auto) where your weak-side thumb is wrapped around the back of the gun, or a thumbs-locked-down grip, then I’m afraid that yes, you are doing it wrong.

The good side is that you will be able to increase your shooting ability significantly merely by fixing your grip.

I meant to only have this video be a couple of minutes long, but the more I explained the details, I more I kept remembering all the questions, complaints, and “explanations” I’ve heard for other grips over the years, and I wanted to make sure I addressed at least some of those.

Having me just say “do this because I say so!” isn’t really convincing.  So, I wanted to talk about WHY a proper grip makes a difference, and why improper grips cause issues.  As such, the video ended up rather longer than I originally meant….hopefully it keeps your attention well enough to be useful.

(Note:  this video isn’t about your stance.  We’ll get to that one later.  This one is simply about how you are holding the gun in your hands.)

Posts in this series:

We’ve decided to start a series of short Fundamental Gun Handling videos on YouTube, with the idea of pointing out some of the most-common errors we see (and their fixes!) with respect to the fundamentals of gun-handling.

We posted the first video today, and it is about the draw–specifically, how to make sure you aren’t using a fishing draw or a bowling draw.  (Go to any range, and you’ll see numerous examples of both of these things.  Makes any competent shooter cringe.)

As is probably obvious, I shot this really quickly when I had a free 30 minutes before teaching a class, my voice isn’t working properly, and obviously I had no script and was doing it off the top of my head.  [sigh]  Hopefully, it still makes sense–and most importantly, I hope that the FIX for bowling and fishing draws is clear.

It really is simple—snap your wrist up to point the gun at the target immediately after the gun leaves the holster.  That’s it.  So quit doing bowling draws or fishing draws!

Get that gun pointed at the target right out of the holster!

Posts in this series:

Well, it’s a new year, so of course we’ve got some new things going at Precision Response Training…

First off, some good news: For the past couple of years there has been a lot of requests for more short seminars–so that’s what we are going to do.  We’ve started by scheduling three in the first half of the year, and we are planning on at least two more for the remainder.  The topics for the first ones are already set, but while we already have some ideas in mind for the last two, we will entertain suggestions–so if there is anything in particular you want to do, let us know!  (Seminar dates:  Mar 28, Apr 25, May 09.)

Second, as we’ve been teaching the Handgun Techniques and Shooting Skills courses, we’ve found that not only can they be taught at the same time, but also that the people who have signed up for fundamentals analysis (Shooting Skills) could have significantly benefited from some dryfire instruction on technique prior to the live fire section of the class like what happens in the HT course.  In many cases, we see that with a short amount of dryfire work prior to the range time, we could have shortened the time for the improvement process on specific fundamentals.   So—the Handgun Technique course and the Shooting Skills courses have been combined into a single 1.5 day course.  The initial evening will be dryfire in the classroom to work on specifics of fundamentals, and the next day will be on the range the entire time.  (This hasn’t changed for the HT students, but it does add some good dryfire work for the SS students.)

Third, we have put up the schedule of classes for PRT courses through May.  While we’d LIKE to be able to offer a CCW State course every month, we have a limited amount of time and we’ve decided that our other courses are more important–because you can find CCW courses all over the place (and if you can’t take mine, among others I recommend Chris Zeeb at Nebraska CCW Training) but you can’t find our Handgun Technique/Shooting Skills, CCW Lifestyle, or Defensive Tactics/CQT courses anywhere else.  (Though I have been amused at how several other trainers locally have added practical CCW courses scenario training and other aspects of the CCW lifestyle since I started teaching my course. And suddenly CQB-with-combatives have appeared, too. Hm.)

Lastly (here’s the bad news) due to changes in available resources and general costs, I’ve had to raise a few of my class fees.  Seminars are now $40, HT/SS is now $145, and the CCW Lifestyle and Introduction to Handgun courses are now $95.  For those last two, I kept them ridiculously cheap as long as I could (truthfully, $85 is a stupid amount for me to charge for a 1.5 day course in which I have to buy required student packets plus use a huge amount of equipment plus supply ammunition for all students) because I feel that people need VERY BADLY to take those classes.  And I haven’t changed the cost much–only $10 more.  But that SHOULD help me continue to be able to offer those classes because I’m not losing quite so much money on them.

So, get yourselves to the PRT Schedule/Registration page, and sign up for some classes!