When someone in public uses the phrase “Do you know who I am?” that immediately tells you something about them.  And it isn’t positive.

For the record:  I don’t know Larry Vickers personally.  I’ve never met the man, so my view of him is solely from his videos, articles, and commentary he writes on the Internet.  In other words, my understanding of him is based strictly on the way he chooses to project himself to others.  If you spend time with someone in person, you can learn a lot about them that they perhaps try to hide.  If you only know about someone based on their online presence, it means that you know them based on how they WANT to look–because they write the articles, the comments, and edit the video to make themselves look a certain way. 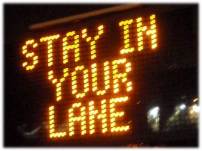 Apparently, Larry Vickers wants to look like a arrogant douchebag who thinks that his pronouncements about guns and gear should be taken as from “on high” based on his experiences from 20 years ago.  (Noting that he retired from the military 13 years ago.)

Don’t get me wrong:  I’m not saying that is how the man IS.  I don’t know how he IS, because I’ve never met him.  I am saying, however, that if you don’t worship at the altar of “The LAV” and you look at how he acts on the Internet, it isn’t a pretty picture.

Now:  I know the man can shoot.  And he was legitimately involved with a number of verified shoot-the-bad-guy-in-the-face situations, plus did a large amount of SOF training.  He was instrumental in certain aspects of weapons design, has his name applied to a number of very useful weapon modification parts that are available, and is a verified subject matter expert in several firearms and weapons systems.

This article is in no way meant to ignore or devalue his accomplishments, which are significant.  (As he will tell you.  Repeatedly.)  It is solely about the way he chooses to present himself in online matters.

Between the derogatory “printer repairmen” description, the “stay in your lane/I’ve got your number” brilliance with DocGKR, the “I’m actually responsible for the Gadget” nonsense, and the latest “Ruger, do you know who I am?” stupidity, (just to pick a few memorable moments out of many from the last several years of LAV pronouncements) it seems that LAV has taken a couple of common Internet maxims to heart:

The problem with this, of course, is that it means that people who don’t know Vickers then assume that taking a class with him will be useless, because why would you take a class from an overweight has-been who will bloviate about himself ad nauseam while occasionally teaching 20-year-old tactics?

Which is too bad, because I’ve heard plenty of people say that his classes help with accurate shooting, have solid tactics (some things don’t change, and the fact that he was a face-shooter 20 years ago doesn’t mean that what he knows isn’t relevant), and he himself can be quite personable and interesting.

You surely wouldn’t get that from his Internet presence, though.  (Cue the fanatics supporting him who will use such terms and phrases as “printer repairmen,” “alpha,” “type A personality,” “Tier 1,” and other such phrases to excuse poor behavior.)

Contrast that with Bill Rogers, Ken Hackathorn, and Pat Rogers, to name a few—none of whom have shy, retiring personalities, all of which are perfectly fine with telling you exactly what they think, and being quite blunt about it.   And yet—-I don’t believe I’ve ever heard them ever ask someone “Do you know who I am?”

I know, I know.  I should stay in my lane.  And I should watch out, because he’s got my number.